Pear Restaurant in the Odyssey. 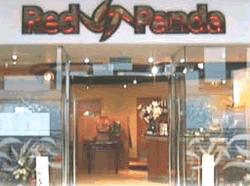 Get Directions to Pear Restaurant

Is this the wrong position for Pear Restaurant? If you think so, then modify its position.

Comments and Reviews on Pear Restaurant

There now follows 16 other reviews of Pear Restaurant

nice dinner ever i had!

phoned up this restaurant to reserve a table for a large party of 20 people and was extremely dissapointed by the service, the male receptionist was extremely rude on the phone and when I asked him for information of seating times and availability he was very hostile and patronising needless to say I did not book this establishment for my dinner party and certainly will not recomend it to anyone else in the future, we are all big eaters and drinkers and definately would have spent a tidy sum, thier loss, never had that type of reception in the Red Panda

The food is, at best, mediocre run of the mill chinese fare. Nothing special, nothing standout. The customer service really leaves a lot to be desired. The staff are impatient and quite frankly rude if you are slow to order or ask for items that you can't find on the menu (they don't do wonton or dim sum, for instance - truly bizarre).

Really, the staff ruined my experience there with their attitude. I won't be going back.

is the restaurant average or could you tell me how much it cost, there is five of us heading to the script tomorrow night might try it

has the red panda closed down?????

Really sad to see that this red panda has closed down. Odyssey wont be the same without it.

Myself and my wife went for the Eat All You Can menu. We'd been meaning to try it since we saw a sign up outside the restaurant on a previous visit to the Odyssey. When we arrived the sign was not on display, so we nearly left, but on enquiry we were told the menu was actually on - which was nice.

The girl who sat us down could not have been nicer and the service was great. We didn't have any issues around 'policies' for Eat All You Can or anythign like that. After we had tried several starters, we were politely asked if we would liek to try a main course, which I did - my wife did not bother with a main and just ordered another starter. All the food was nice - not my favourite, or the best ever, but it was nice. The service was VERY fast and the staff were very attentive to making sure my coffee was topped up and that everything was fine.

We'll be going back.

Went there with my husband for my birthday post movie dinner. The worst possible bday experience ever! We went for the All you can eat menu and were told in a very stern voice that we cannot waste and order excess food even before we had looked at the menu. I willingly passed that bit thinking its for good and they might have customers who waste food so we went on to order and then the ordeal began...everytime we ordered something the waitress wud be telling us not to order and threatning to charge extra for any bits of food left that we might not be able to finish(and mind you we hadnt even started eating)..it got to the point that that we simply paid and left without even eating main course because we couldn't really order anything without being told to check our apetites and we were too irritated to measure food!

Food was very average chinese food nothing to go back for anyways and the service and behaviour of staff appalling! NEVER EVER GO TO RED PANDA Odyssey.

Been to the Red Panda before and enjoyed the food. As I must have a Gluten Free meal I was very surprised on 16/2/2010 to be told sorry no GF menu as the "Council" does not allow them to serve GF meals. Left and went to La Tosca and had a lovely meal with no problem.

Went here Sunday night prior to the Pink Concert. Service was abominable. Had a long wait on a table despite having booked. Had to ask three times for a Wine menu. After 30 minutes eventually received the wine with no glass to drink it. Asked for a jug of water for my partner and was told I would have to order that from someone else. When the food eventually came it was terrible. Chicken with honey and chilli simply was lying in melted honey with a few chilli flakes - could nearly have made it myself. Partner's cantonese duck was so tough and dry it was virtually inedible, it had a few nuts lying around it with couple of spoonfuls of soy sauce on top. Rice portion was child's size. Chips were frozen oven chips. I used to go here often and loved it but boy has this place went downhill. Pre-concert set menu is awful and over-priced for the quality (or lack of) of service and food received.

We had the pre-concert set menu at ?16 or so for two courses. Very pleasant, hard-working staff could not make up for a disasterous meal.Mixed platter as a starter was ok, but both the spare ribs, and the chiken kebabs were completely dried out-obviously cooked hours earlier.

The main courses were uniformly dreadful. Husband's curry completely tasteless, and I can confirm that, as I didn't think you could have a tasteless curry, but I was wrong. My cantonese duck was again dried out in spite of it swimming in a pool of what appeared to be light soy sauce with a handful of nuts thrown in. I definitely would not recommend this pre concert menu to anyone. Thank goodness Leonard Cohen made up for it!

varied menu and food was excellent would recommend to any one.

Starter was to die for, main course a mess. Wont be back.