KFC on the Shankill Road. 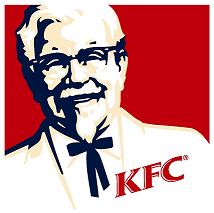 Get Directions to KFC Shankill

Is this the wrong position for KFC Shankill? If you think so, then modify its position.

Comments and Reviews on KFC Shankill

There now follows 9 other reviews of KFC Shankill

I worked at KFC in Antrim in 1996, we always had the food hot and ready for cinema goers and the like. We didn't care when we left to get home as home was only down the road in the steeple estate, we served up until bang on 10pm, and had some food to take home to the wife n kids, but the gravy now is just not the same and I used to bread the hot wings, now they come pre-breaded, it's certainly gone down hill, but don't blame the staff these days, they're paid a pittance folks, back in 96 it was decent money 😐

and sorry i agree with gerrard they do let people of with PENNIES.. as ive witnessed this a number of times.

Cant believe someone is actually complaining about not getting extra straws? you get straws to go with the drinks you order, its as simple as that its not rocket science!

Pleased highly with this kfc , quick staff , both front and drive thru , cant understand the other idiots posting below and i was beside a boy the other day who was let off 19p on his kids meal. i think some people just get annoyed when the place is busy. it was fast food for me and the PENNYS where there , 8 out of 10

What is there nice to say about this place. The food is usually cold if you go to the drive thru. You have to wait for ages to get served and then ages again on your food, (both sit in and drive thru). As another review said about the pennies is right. They can't give you extra straws if you need them. Don't usually go to KFC but never again.......

Worst KFC i have been to...

Every time i go into it they have no pennies and they dont give little kids there dinner if they are 1 penny off, and they are getting all the pennies back from not giving change.

And the staff all look so bored

been to many kfc's here in the uk spain and ireland

and this really needs to be said... this is the only kfc that you go to and they either dont have it or dont want to cook it.. and when they do decide to give you what you ask for they get the order wrong even if your the only person in the place...

so what is going on you may ask...

is it the managers no its not they all seem great...

so they can get home that bit early no matter what the reason why should the people of the area suffer and better still what is kfc going to do about fixing this problem.. they can put new seats in and paint the place but what good is that if they cant even get the order right or just cant be assed cooking enough chicken to last one whole night...

so if anyone else thinks the same let them know write a review tell us all what is going on with this kfc......and lets see what kfc do about it